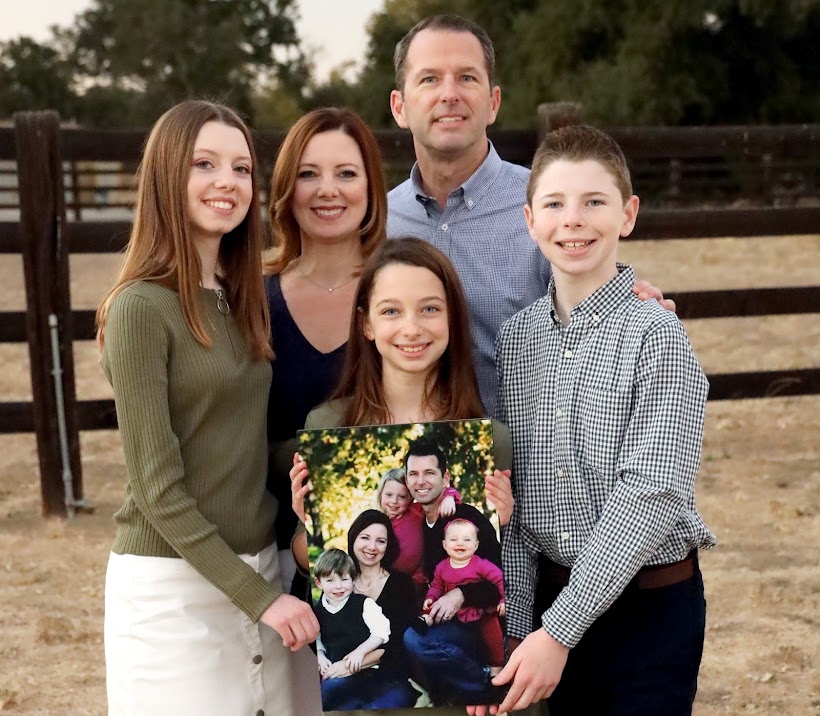 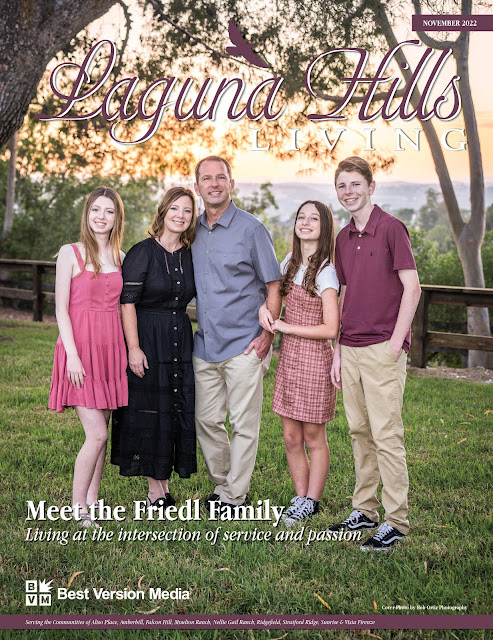 In the November 2022 issue we were featured in Laguna Hills Living magazine. The article was lovely, but did include some factual errors and some clarifications:
But the rest of the article was very nice and we were very flattered to be considered.
Click each image to make it full screen and readable. 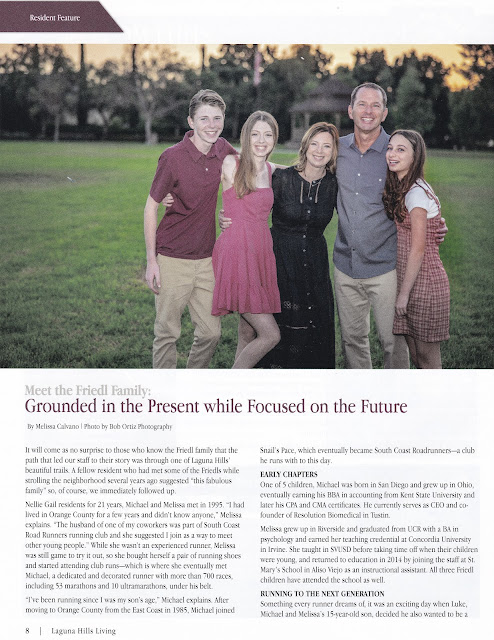 We also thought it was a particularly cool coincidence that the ad for St. Mary's was on the same page as part of the article. If you look carefully, you can see both Luke & Claire in the ad: 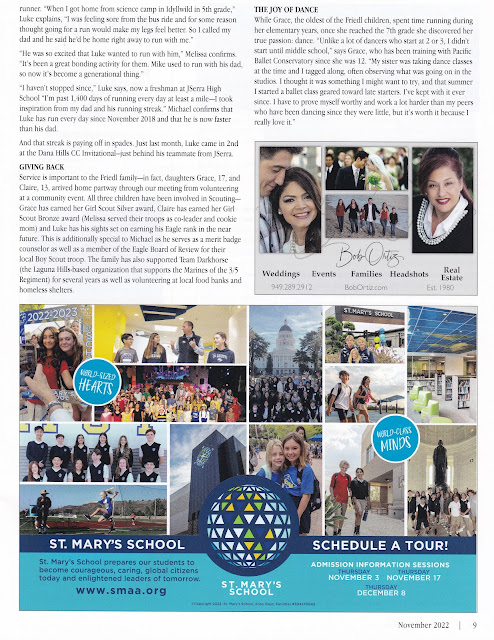 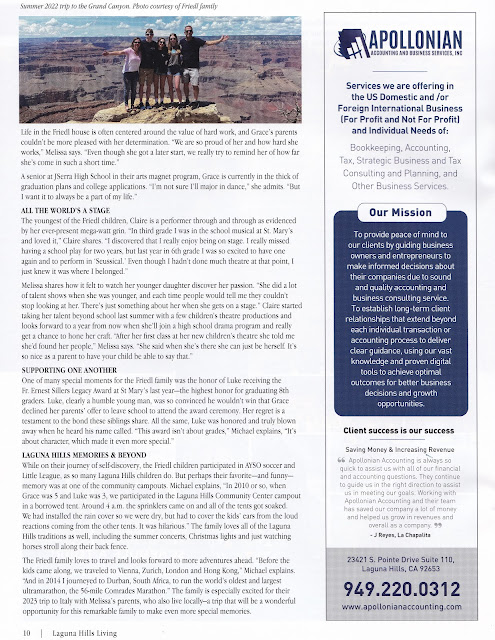 Posted by Michael Friedl at 9:28 PM